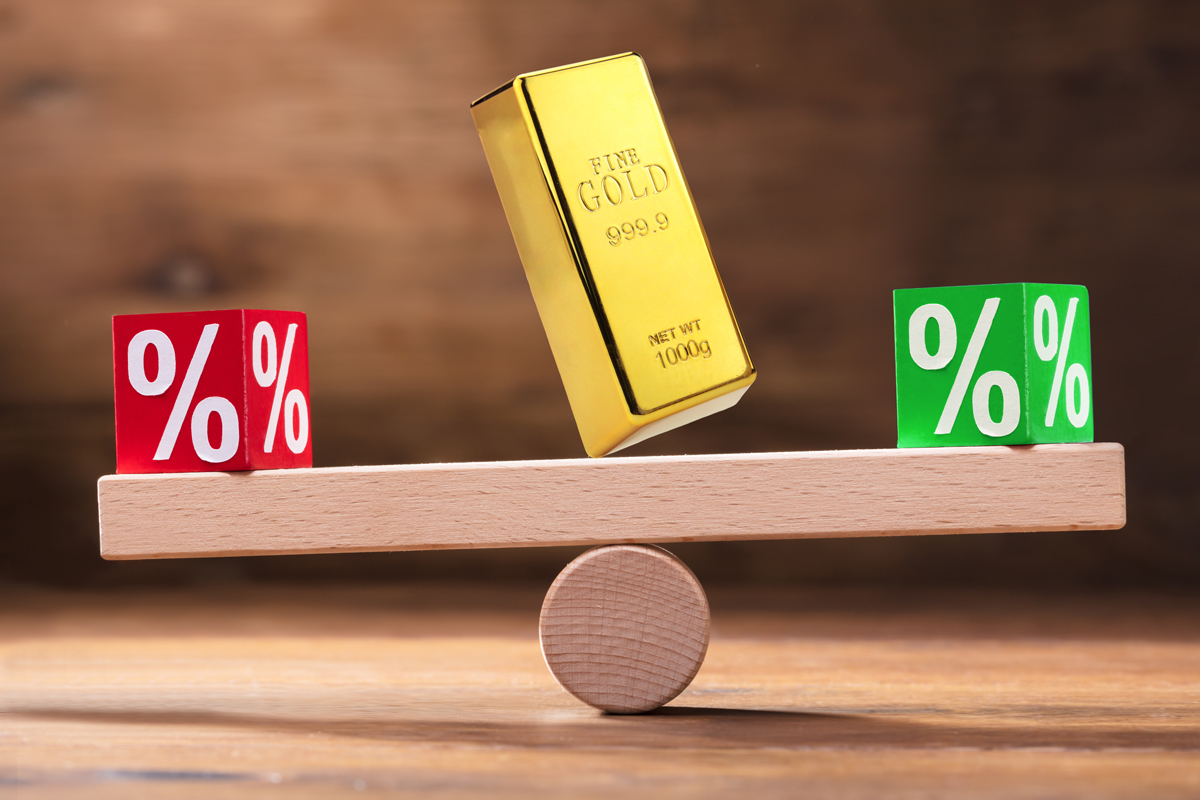 What happens to gold prices when interest rates go up?

It’s common wisdom that when interest rates go up, gold prices go down. This seems to make sense, since gold does not pay any interest. Why would someone buy gold, the thinking goes, when instead they could buy a bond that pays them 3, 4, or 5% per year?

There’s just one problem with this common wisdom: it doesn’t seem to be based on the facts.

This table shows the price of gold in the months after banks raised or lowered interest rates:

So when banks raised interest rates, the price of gold was actually higher 12 months later than when they lowered them.

It’s been a long time since we’ve seen interest rates go up to any significant degree: since the start of the GFC we’ve even seen interest rates fall to multi-century lows. But if you look back to the last major periods of rising rates you get some interesting results:

No one is expecting interest rate rises like these anytime soon, but most analysts agree that more rate rises are coming. Based on the historical record, however, rising interest rates may not actually represent the major threat to gold prices they were once thought to be. And we may even continue to see more headlines like this recent one from Bloomberg:

Sometimes it pays to challenge the conventional wisdom.

The next time someone says “but higher rates will make gold go down!”, you can just dazzle them with the facts. While you’re at it, point them to SendGold and you’ll earn a referral reward…it’s the easiest way to add to your own pot of gold.