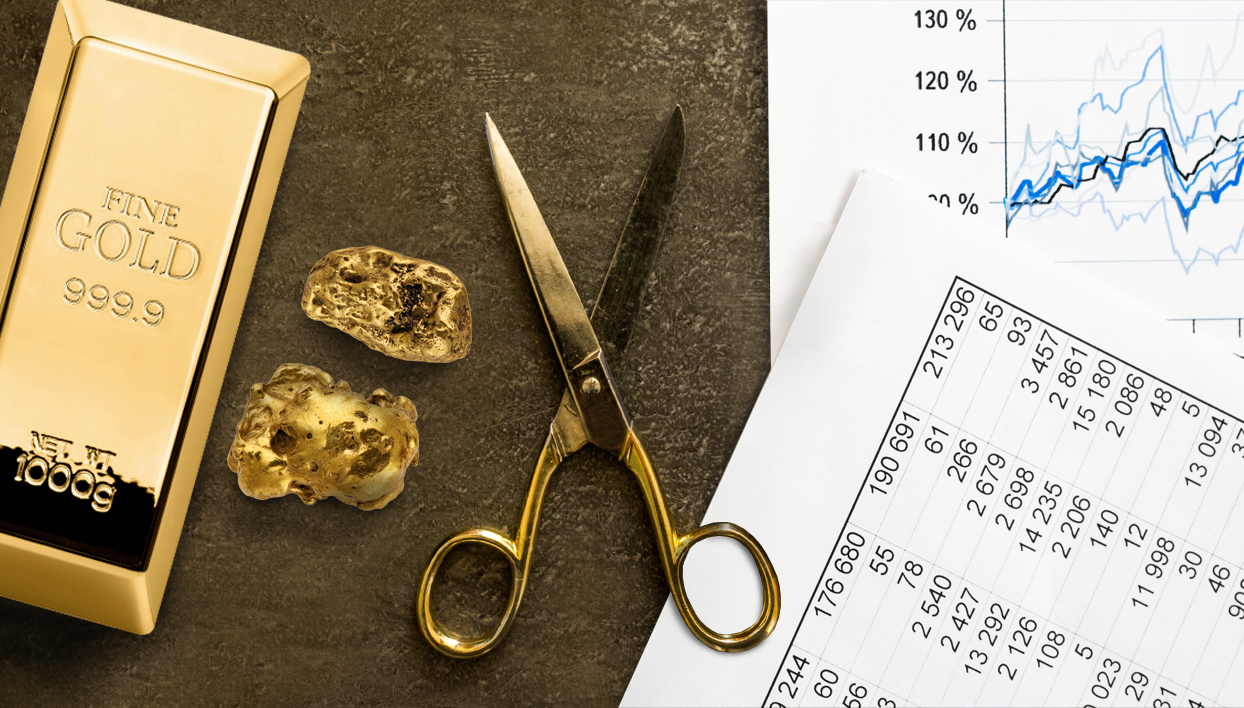 One of the simplest ways to think about investments is to group them into their two main categories: real, or paper. A “real” investment is a tangible, physical asset like a house, a block of land, a valuable painting, or a bar of gold. “Paper” investments of course include the wide variety of shares, bonds, and funds, where the thing you own is a piece of paper (or these days, a blip on a computer screen) that gives you partial rights to an underlying enterprise or debt. Over time there tends to be a tug-of-war between these two categories, with “rock” (real investments) winning some of the time, and at other times “paper” coming out ahead. This grand tug-of-war plays out over long time periods, with neither category achieving final victory over the other (we’d point out that gold has won 100% of the time over paper in the very long run but that’s a story for another day). So savvy investors sometimes look for clues as to how this tug-of-war match is going. Is “rock” in favour right now, or is “paper” winning the day? And if “rock” is behind, since neither side wins, might now be a good time to sell some paper and get some more rock? The chart below shows one view of this grand tug-of-war in action, comparing the price of paper (in this case the S&P 500 shares index) with the price of rock (in this case the S&P commodities index). The red circles show when paper was relatively cheap compared to rock, and the green circles show when rock was cheap when compared to paper. Rock vs Paper: 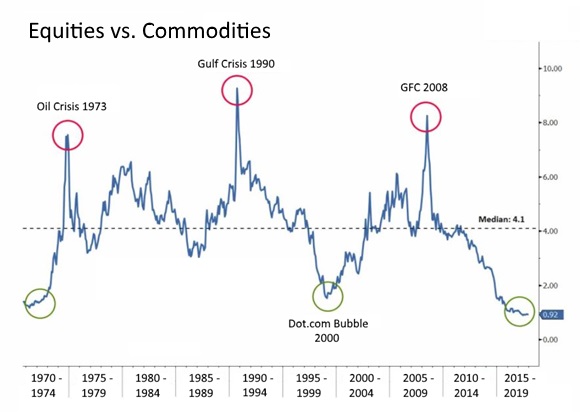 This chart shows that during the Dot.com bubble shares were extremely high, while in the depths of the GFC they were available at bargain prices. Most advisers would agree that the best idea of all is to diversify and own some of each. But you could also fine tune that advice and consider buying more rock when it’s on sale and foregoing purchases of paper when its price looks relatively dear.