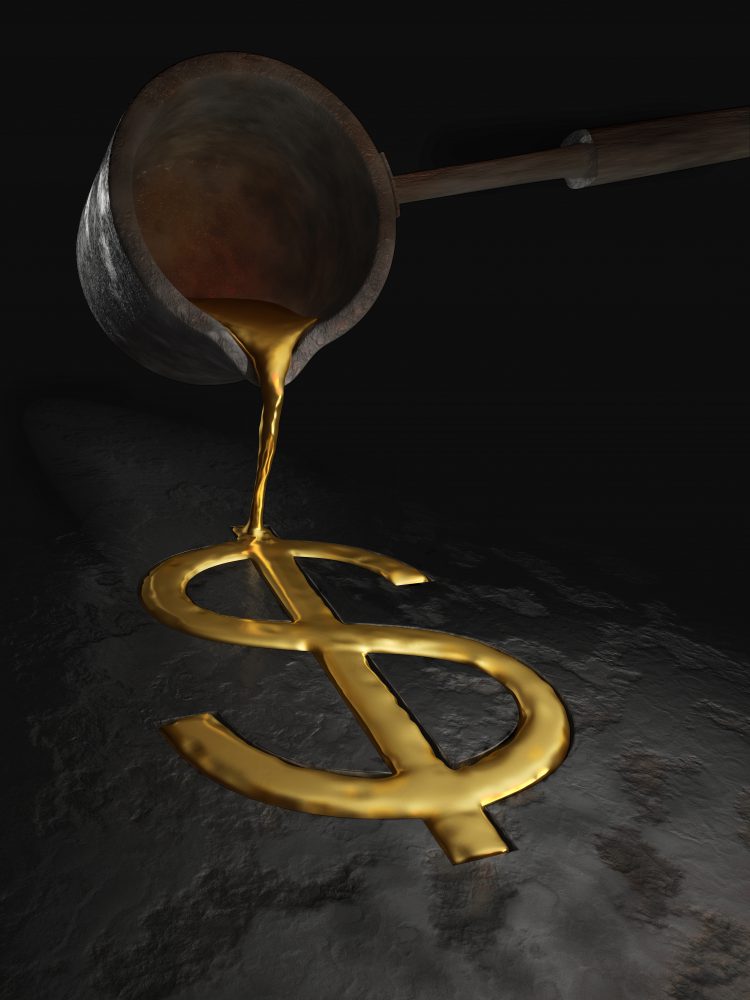 ORIGINAL SOURCE: Goldman Sachs Says Gold Is Better Than Bitcoin by Ranjeetha Pakiam of bloomberg.com on 10/17/17.

Gold wins out over cryptocurrencies when assessed on the majority of the key characteristics of money, according to Goldman Sachs Group Inc., which adds that fear and wealth are the core drivers of bullion.

“Precious metals remain a relevant asset class in modern portfolios, despite their lack of yield,” analysts including Jeffrey Currie and Michael Hinds wrote. “They are neither a historic accident or a relic.” Looking at properties such as durability and intrinsic value, they are still relevant even with new materials discovered and new assets emerging, such as cryptocurrencies, they said.

Investors boost the amount of gold in their portfolio as uncertainty increases, making fear the key medium to short-run driver, Goldman said. Wealth is the long-term driver, especially in emerging markets such as China, where growing income levels over the next few decades will support prices, it said in a report.

Bitcoin has put in a phenomenal performance this year, soaring toward $6,000 after starting the year around $1,000. In contrast, gold is up 12 percent. The bank listed several characteristics to compare them, adding that it’s focusing on the currency, not the blockchain technology. They include:

Durability: While both require expertise for correct long-term storage, gold wins because cryptocurrencies are vulnerable to hacking through online wallets or the user’s computer or smartphone, are subject to regulatory risk, and network and infrastructure risk during a crisis.

Portability: Transferring bullion can be expensive, given its weight, need for a high level of security and high import taxes in some countries, such as India. In contrast, it’s much faster and cheaper to move bitcoins.

Intrinsic value: There’s a limited supply of gold and other precious metals in the Earth’s crust, whereas in the case of cryptocurrencies, it’s easy to create alternatives, meaning there’s effectively no control over supply at a macroeconomic level and no intrinsic value due to rarity.

Unit of account: Gold is better at holding its purchasing power, and has much lower daily volatility. Bitcoin/dollar volatility has averaged almost seven times that of gold in 2017, the bank said.