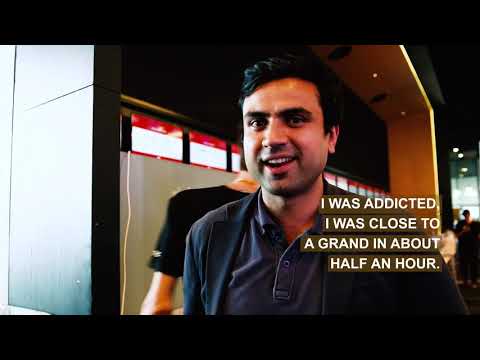 Imagine if all those virtual gold bars and coins you accumulate while video gaming suddenly became real gold.

SendGold is the company behind Gold-as-a-Service (GaaS), which is used by investors around the world to deal in gold bullion. Their gold is stored in high-security vaults in Australia and insured by Lloyd’s of London, yet using the SendGold mobile phone app they can buy or sell gold holdings, or use them to make peer-to-peer payments much as they might with digital currencies such as Bitcoin.

Unlike Bitcoin, however, SendGold does not provide holders with a cryptocurrency or a digital token, but legal title to a physical piece of assayed, audited gold that can be used as a liquid asset.

Now SendGold’s digital gold technology will allow gamers to accumulate gold bullion while playing their favourite games and manage it digitally. They can retain their gold in the SendGold vaults as an investment, or cash it out into a bank account at any time using the SendGold app. SendGold can even be used by those without bank accounts, as it can be exchanged with other SendGold customers.

The global gaming industry is big business. It is three times bigger than the movie industry, and its revenues now exceed those of the entire global sports sector.

And in Asia Pacific, which makes up more than half of the entire gaming industry and where GMG’s games are primarily distributed, gold has long been venerated as a traditional store of value, and a stable dependable hedge against currency fluctuations.

SendGold CEO Jodi Stanton said gaming is a large, untapped market that the company is actively pursuing through its Gold-as-a-Service gold transaction platform. “We are strategically targeting Gaming as a key adjacent market.’’ says Stanton. “Asia’s Gaming market is now 69% of the global gaming market.”

Stanton said participating in the Gaming sector also builds awareness of our peer-to-peer gold payments platform with one of our key customer segments at an age where they are just beginning to think about investing.

SendGold is also tapping into the potential of the gaming industry with its own game, “Gold Rush by SendGold”.

Gold Rush is an Augmented Reality (AR) location game like Pokémon Go and CodeRunner. Pokémon Go is one of the most successful mobile games with over 100 million downloads, generating over USD268 million. Instead of capturing game animals as in Pokemon Go, Gold Rush players can capture real gold that is automatically added to their SendGold account. The app combines augmented reality, geo-caching, gold tokenisation and map geo-fencing into what users have called a very simple, exciting, and fun app.

SendGold plans to publicise Gold Rush events around the world to build awareness and buzz around the SendGold app.

“At SendGold we are in Gold-as-a-Service discussions with partners with large, interactive audiences in sectors like social, messaging, communities, transactional marketplaces, and loyalty, and games certainly fits this mandate,’’ says SendGold Head of Business Development Mark Pey. “We’ve also added a specialist games industry executive, Jennifer Wilson, to our board. Jennifer brings internationally recognised and awarded deep specialisation in mobile, apps, web, games and social media, and brings valuable industry networks”, states Pey. “Our customers have so much to look forward to!”

The other ‘new game in town” is equity crowdfunding, which only started in Australia in January this year. SendGold has embraced this new capital raising channel to enable retail investors an opportunity to own part of their company. Investors who bid before 31 August will receive an invite to SendGold’s World First Gold Rush across Australia’s top 25 towns/cities in 4Q.

SendGold’s equity crowdfunding offer is currently open via the OnMarket platform. SendGold is targeting a minimum raise size of $500,000, and a maximum of $2 million. The minimum bid size into the offer is $250. Invest now at OnMarket to own a piece of this company that has turned gold into accessible, peer to peer, digital money.

Consider the offer document and general risk warning before applying.